Gawler is approximately 1 square kilometre in size and is 40km from the Adelaide CBD.

The total population in 2011 was 683 which has seen a 1% increase in population in 5 years. The average age of people living in Gawler is 60+ with 40% being families and 60% being singles. 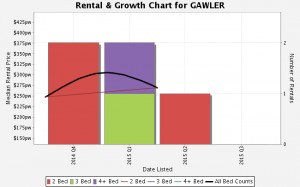 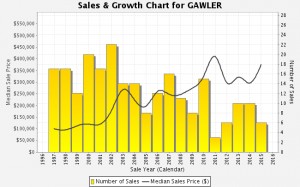 History
The town plan was devised by the colonial surveyor William Light, and was the only town planned by him other than Adelaide.

A British colony, South Australia was established as a commercial venture by the South Australia Company through the sale of land to free settlers at £1 per acre (£2/9/5d per hectare). Gawler was established through a 4,000-acre (1,600 ha) “special survey” applied for by Henry Dundas Murray and John Reid and a syndicate of ten other colonists.

Gawler prospered early with the discovery of copper nearby at Kapunda and Burra, which resulted in Gawler becoming a resting stop to and from Adelaide. Later, it developed industries including flour milling by Hilfers & Co, and the engineering works of James Martin & Co manufactured agricultural machinery, mining and ore-processing machinery and smelters for the mines of Broken Hill and the Western Australian goldfields, and steam locomotives and rolling stock. May Brothers & Co. also manufactured mining and agricultural machinery.

For more information on properties in Gawler call (08) 8522 4711 and speak to a local market leading agent with the Ray White know how.